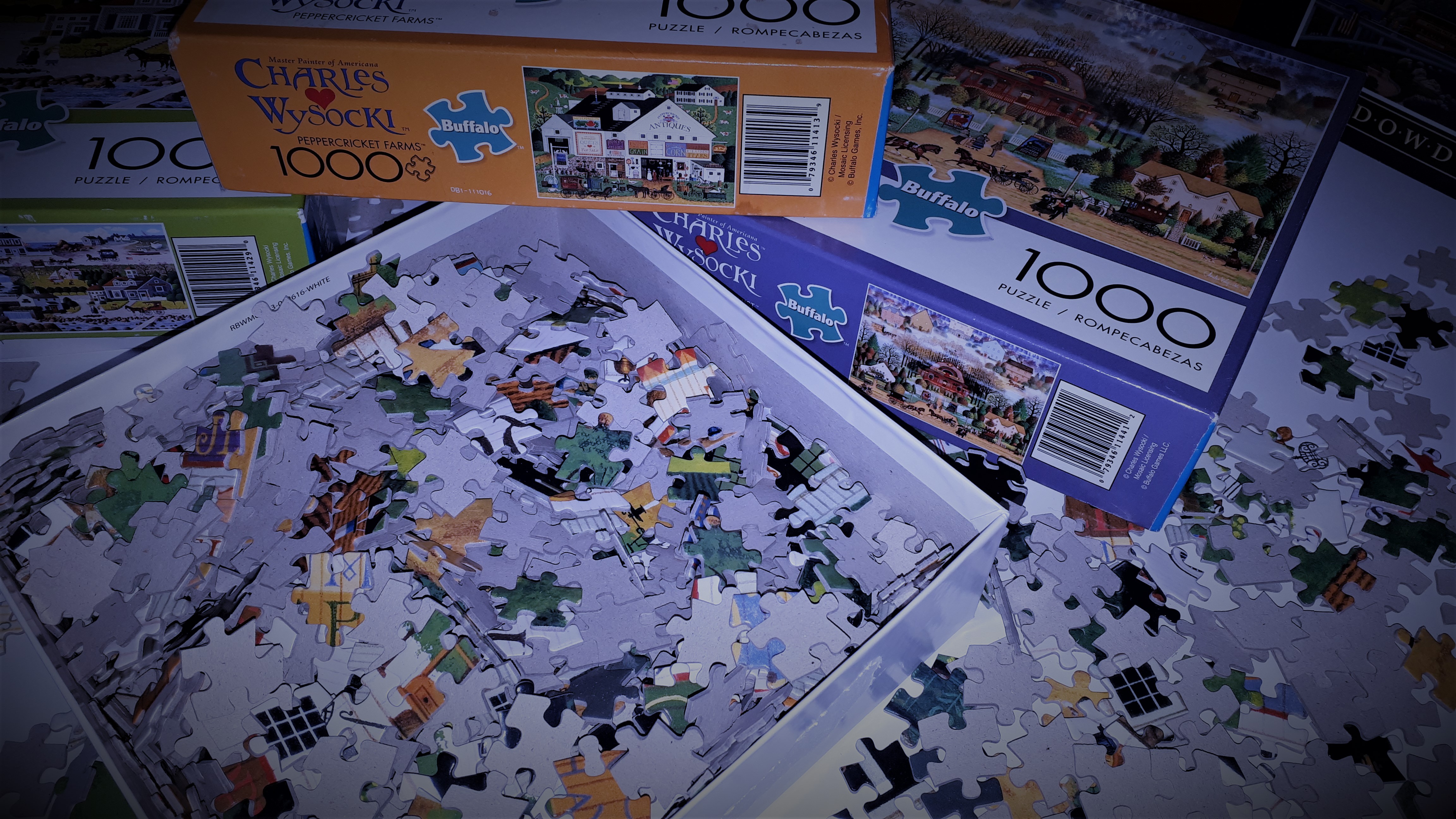 Well, I just posted a song (as I do weekly) to my Reinventing My Life Facebook page. It's a song from my son Connor's playlist, one of the many songs he played on our most recent - and long - drive from Nova Scotia to Ontario.  At first I was fond of it simply because Connor was singing it...since he left for University, I've missed the almost constant karaoke aura that organically fills whatever atmosphere Connor breathes and occupies at any given moment...he is always humming, singing, or belting out one tune or another.

So, when he's in my airspace, I tend to soak up his sounds, his movements, his singing...to hoard for future reference and remembrance...and I love it all.

Eventually, however, I got around to listening to the actual lyrics, and realized the words were very relevant to my new and ever evolving way of life and thinking.

The song is Basket by Dan Mangan...@ https://www.youtube.com/watch?v=KpnItCSwje8

"So there's a puzzle I work on endlessly

And I've got the sides and all the corners

But there's a space

Lost some pieces I can't replace.

Now, this may seem an odd thing to say and admit, but puzzles have actually been a recurring and healing theme in my life over the years. Even these days, you will often find an in-the-process puzzle taking up space on one of the tables in my home...less often than when I was first diagnosed and housebound, for sure, and more often in the winter, for obvious reasons, but nonetheless...I still use puzzles to focus my mind.

There was a time, however, when my puzzle habit was more than a little obsessive...when I would pack one up the minute it was complete, only to start yet another.  The family dining table was never used for dinner.  Instead, it was where my 1000 puzzle pieces (for some reason, I would only do the 1000 piece ones) were emptied, sorted, organized, edges assembled, insides filled in, completed, demolished...rinse, repeat...over and over again.

Looking back now - back to that time when my life was unraveling - I realize that puzzles were a very physical and tangible representation of my life at that time...of my strokes, my bleeds, my shattering.

I spent hours in front of them, forcing my then wonky left hand to pick up and painstakingly place all those wee pieces back into some semblance of order (good for fine motor skills!).  When my damaged thought processes would fly off on unpredictable tangents, and scatter, and explode outwards into obscurity, I found that focusing on a puzzle helped me to recapture and bring my thoughts back home.

I was a puzzle back then, for sure, to myself...and to those around me.  It seems only fitting, in a way, that puzzles became a form of personal therapy.

I don't think that the puzzle of me will ever be entirely complete again. To unashamedly plagiarize the very song of which I'm currently writing, I have to say...

"I've got the sides and all the corners

But there's a space

Lost some pieces I can't replace."

That's how I feel now, actually...that there are - and always will be - parts of me that will remain lost, memories that I will never know...but I've managed to piece together all the most important "sides and corners" - all those protective boundaries and walls - that will hopefully serve to keep any further pieces from falling off the edge...