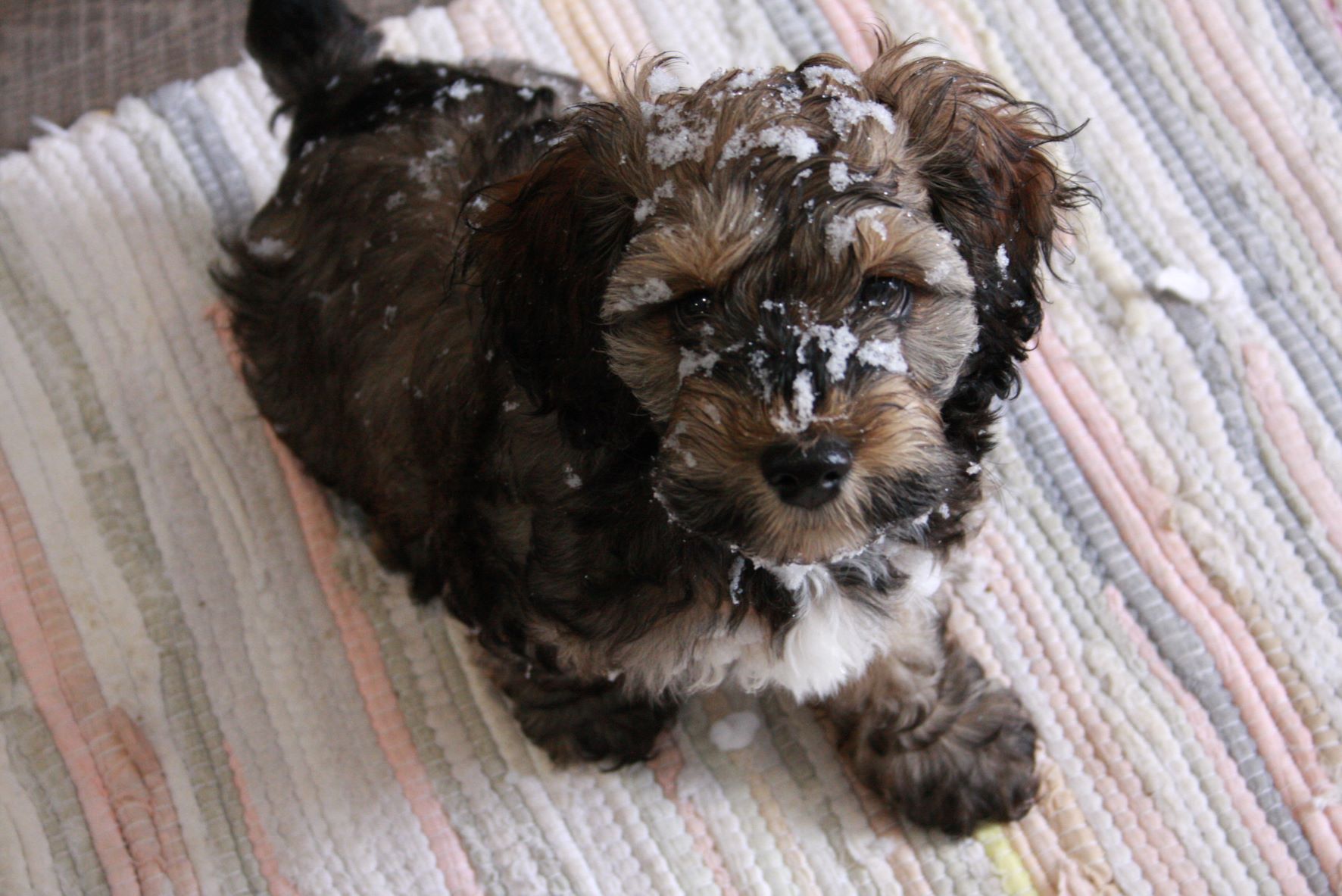 Before I begin, let me just say...

Bless everyone who brings a dog into their family and gives it a good home.  Regardless of breed, genetics and age...no matter whether you bought it, rescued it or bred it yourself, if you have a dog, and it is healthy,  happy and cared for... you are one of the good ones.

A few days ago, in my first blog post on the issue of canine homelessness, I asked for input - asked a series of questions that were meant to make people consider just how complex and multi-faceted the issue truly is. I copped to the fact that, despite a number of relevant animal related qualifications and a great awareness of the issue, I bought a new puppy from what many would consider to be a "backyard breeder" (I'm not a fan of the term, it's vague).

I also stated that I make no apologies for it...and I still don't...not for taking the puppy (Finnegan) home with me, at least.

I was cautious. I went to the home to see the litter, the conditions. The pups were clean, 9 weeks old, weaned, no fleas (I checked).  Kijiji Guy had records for all of them ( with the contact info of the local vet who filled them out), a small bag of food for me to take home...and he spoke with me about transitioning a pup's food slowly if I was going to switch brands.  The parents were on site in their own large house with attached run, clean straw, food, water...they appeared healthy, friendly, came to Kijiji Guy straight away.

And so, I chose one of the quieter pups.  The seller handed me the aforementioned vet record and food, gave me his Facebook page info so I could send updates and pictures, offered me a small blanket ("it has the scent of his family on it, might help him sleep", he said). He talked to me briefly about health guarantees, started to say that I could bring the pup back if anything happened...but I shut him down before he could finish.

I'm not the type who believes in such things...health and guarantee are just two words that, put together, mean nothing to me. I've never bailed on a sick animal in my life, am not about to start now...enough said.

Anyway...even though I knew that he was being sold for profit, I handed over my cash, and brought my new boy home.

And I would do it again.  Even if I had walked into that place and found horrendous conditions - even if I had stumbled upon a true puppy mill - I would have handed over the same amount of cash, and brought the same pup home (and, of course, I would have immediately reported it).

I refuse to apologize for giving any dog a good home and a good chance.

What I do apologize for, however, is for enabling a culture in which a dog is considered a commodity, because whenever money is stirred into the mix of anything, things can, and usually do, get ugly and out of hand quickly.

But, in my own defence, I will say that I am guilty of enabling that culture only to the extent that the current laws and standards in this country allow me to.

I did, in fact, call the Ontario SPCA and Humane Society welfare line that day.  Although I kind of liked Kijiji guy - and got the impression that he truly loved his dogs - I was not willing to bet future canine lives on my "gut feeling". I am also aware enough - cynical enough, perhaps - to know that everything I saw out there at Kijiji guy's place could have been staged.

When I spoke with the OSPCA representative about what I had done, however, I was informed that it didn't sound like anything they would even follow up on.  It is legal.  Unless an animal is in imminent danger, it seems, and has food and water...the situation isn't deemed actionable.  When I mentioned my concerns about the the parents getting adequate enrichment, and when I asked if they had anyone who could go out to do a "wellness type check" on the situation, I was interrupted and informed that a real emergency call was coming in...

To be fair, the speaker did offer to put me on hold, but I let it go...because I had already received the intended message loud and clear - that the people who work in the forefront of animal welfare in this country have much bigger, and nastier, fish to fry (think real abuse and true puppy mill situations), and not nearly enough people or resources to fry them.

(I have a media request in with Ontario SPCA and Humane Society to discuss these impressions, am still waiting for a response).

And so...were my actions on the day of Finnegan's adoption really that questionable?

After all, the fact that I'm willing to assume the care of - to take a chance on - a pup that could, potentially, have health issues in future is my choice. Being a genetic mishmash myself, not to mention a bit of a medical train wreck, I'd take that in stride.  And, in all truth, I could encounter health problems in any dog I took into my home, regardless of  whether it came from a respected breeder of purebreds, or from the shelter in the nearest city.

Also, how much money I choose to spend is my business - and mine alone.  Yes, I gave the price of Finnegan to Kijiji Guy, but if the concerns I had passed on to the OSPCA had been actioned, and the man found guilty of anything, I tend to think he would then lose that money to a fine or a defence lawyer...and I'm happy enough to throw away my money in such a way.  And if Kijiji guy were to be found guilty and all the dogs seized, the animal welfare professionals involved would simply have had one less puppy to worry about...one, at least, that would have been spared the stressors of travel, the shelter environment, and the loss of valuable puppy socialization time.

No, the more I think about it, the less I feel like the problem.

Given that there are overall low - basic needs for survival - standards for animal care in this country; weak animal protection laws, and inadequate funding and support for those people and professionals (whoever they may be at this point, with the whole system of animal cruelty reporting and enforcement in upheaval) are tasked to monitor the humane treatment of animals, I actually think I may have done a good thing.

Because until those things are changed - until those in power enact powerful legislation, and allot adequate funding, to combat the bigger problems, the smaller  problems will continue.  As long as those who work on the "front lines" of animal welfare are in survival mode; swamped and busy dealing with truly horrific puppy mill situations and severe animal abuse and cruelty, they will have no time or resources to dedicate to the comparatively less dire problem of "backyard breeders".

And people like me, although we may be seen as problems by some, will find it hard to feel guilty about keeping one wee soul out of the fray.